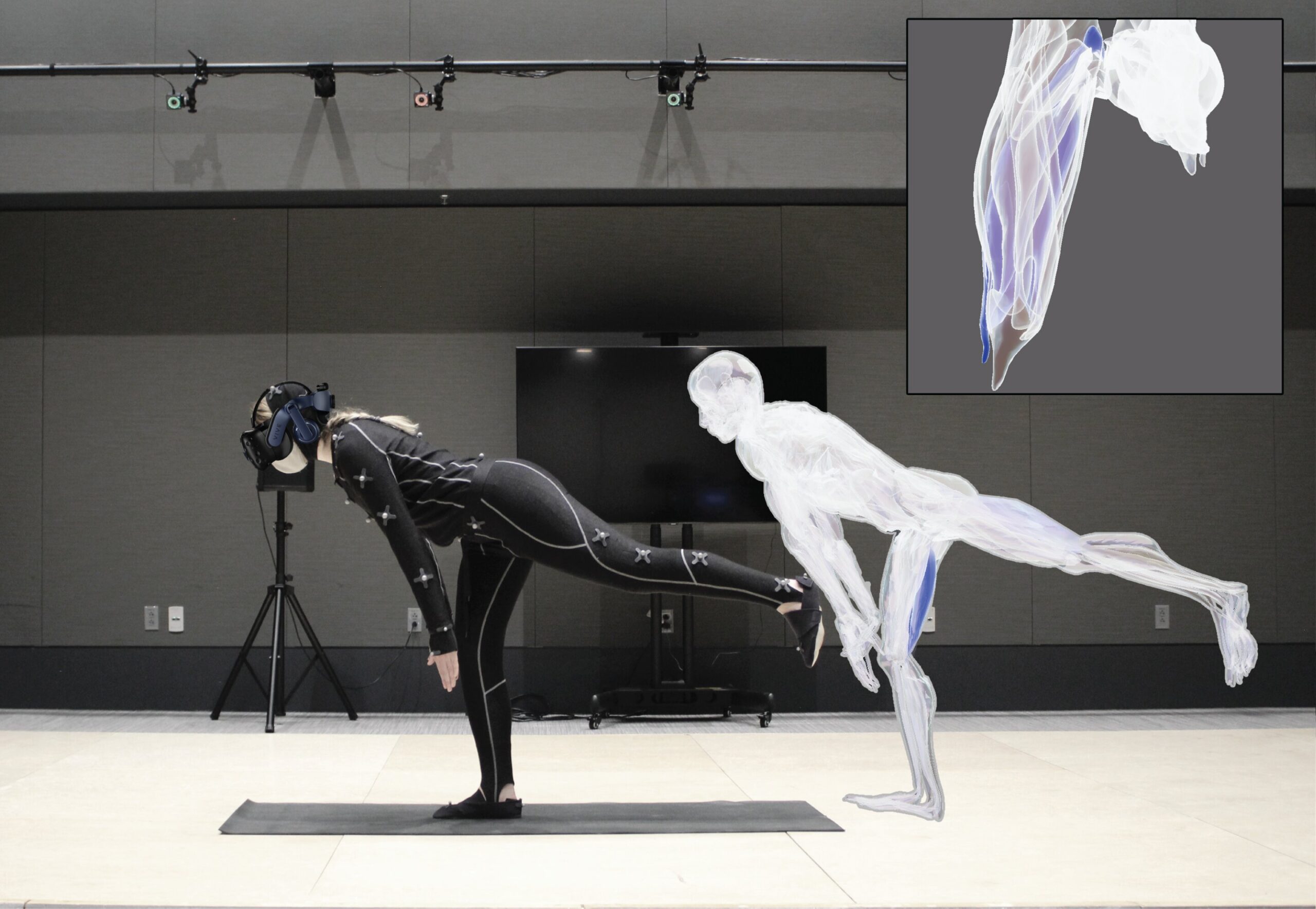 Around three quarters of years lived with disability are conditions that could benefit from physical rehabilitation—but there aren’t enough physical therapists (PT) to go around. The growing need is racing alongside population growth, and aging as well as higher rates of severe ailments, even within the same age group, are contributing to the problem.

An upsurge in sensor-based techniques, such as on-body motion sensors, has provided some autonomy and precision for patients. Still, the minimalist watches and rings largely rely on motion data, therefore lacking the more holistic picture a PT pieces together, including muscle engagement and tension, in addition to movement.

This muscle-motion language barrier, so to speak, prompted the creation of an unsupervised physical rehabilitation system, MuscleRehab by researchers from MIT’s Computer Science and Artificial Intelligence Laboratory (CSAIL) and Massachusetts General Hospital (MGH). There’s three ingredients: motion tracking that captures—you guessed it—motion activity, an imaging technique called Electrical Impedance Tomography (EIT) that measures what the muscles are up to, and a virtual reality (VR) headset and tracking suit that lets you watch yourself perform alongside a physical therapist.

In the virtual environment, patients were given two conditions. In both cases their avatar performs alongside a physical therapist. In the first situation, just the motion tracking data is overlaid onto their patient avatar. In the second situation, the patient puts on the EIT sensing straps, and then they have all the information of the motion and the muscle engagement.

With these two conditions, the team compared the exercise accuracy and handed the results to a professional therapist, who explained which muscle groups were supposed to be engaged during each of the exercises. By visualizing both muscle engagement and motion data during these unsupervised exercises instead of just motion alone, the overall accuracy of exercises improved by fifteen percent.

The team then did a cross comparison of how much time during the exercises the correct muscle group got triggered between the two conditions. In the condition where we show the muscle engagement data in real time, that’s the feedback. By monitoring and recording the most engagement data, the PT’s reported a much better understanding of the quality of the patient’s exercise, and that it helped to better evaluate their current regime and exercise based on those stats.

“We wanted our sensing scenario to not be limited to a clinical setting, to better enable data-driven unsupervised rehabilitation for athletes in injury recovery, patients currently in physical therapy, or those with physical limiting ailments, to ultimately see if we can assist with not only recovery, but perhaps prevention, says says Junyi Zhu, MIT CSAIL Ph.D. student and lead author on a paper about MuscleRehab. “By actively measuring deep muscle engagement, we can observe if the data is abnormal compared to a patient’s baseline, to provide insight into the potential muscle trajectory.”

Current sensing technologies focus mostly on tracking behaviors and heart rates, but Zhu was interested in finding a better way than Electromyography (EMG) to sense the engagement (blood flow, stretching, contracting) of different layers of the muscles. EMG only captures muscle activity right beneath the skin, unless it’s done invasively.

Zhu’s been digging into the realm of personal health-sensing devices for some time now. He’d been inspired by using EIT, which measures electrical conductivity of muscles, for his project in 2021 that used the non-invasive imaging technique to create a toolkit for designing and fabricating health and motion sensing devices. To his knowledge, EIT, which is usually used for monitoring lung function, detecting chest tumors, and diagnosing pulmonary embolism, hadn’t been done before.

With MuscleRehab, the EIT sensing board serves as the “brains” behind the system. It’s accompanied by two straps filled with electrodes that are slipped onto a user’s upper thigh to capture 3D volumetric data. The motion capturing—they used “OptiTrack”—uses 39 markers and a bunch of cameras that sense super high frame rates per second. The EIT sensing data showed actively triggered muscles highlighted on the display, and a given muscle would become darker with more engagement.

Currently, MuscleRehab focuses on the upper thigh and the major muscle groups inside, but down the line they’d like to expand to the glutes. The team is also exploring potential avenues in using EIT in radiotherapy in collaboration with Piotr Zygmanski, medical physicist at the Brigham and Women’s Hospital and Dana-Farber Cancer Institute and Associate Professor of Radiation at Harvard Medical School.

“We are exploring utilization of electrical fields and currents for detection of radiation as well as for imaging of the of dielectric properties of patient anatomy during radiotherapy treatment, or as a result of the treatment,” says Dr. Zygmanski. “Radiation induces currents inside tissues and cells and other media (for instance detectors) in addition to making direct damage at the molecular level ( DNA damage). We have found the EIT instrumentation developed by the MIT team to be particularly suitable for exploring such novel applications of EIT in radiotherapy. We are hoping that with the customization of the electronic parameters of the EIT system we can achieve these goals.”

“This work advances EIT, a sensing approach conventionally used in clinical settings, with an ingenious and unique combination with virtual reality,” says Yang Zhang, Assistant Professor in Electrical & Computer Engineering, UCLA Samueli School of Engineering who was not involved in the paper. “The enabled application that facilitates rehabilitation potentially has a wide impact across society to help patients conduct physical rehabilitation safely and effectively at home. Such tools to eliminate the need for clinical resources and personnel have long been needed for the lack of workforce in health care.”