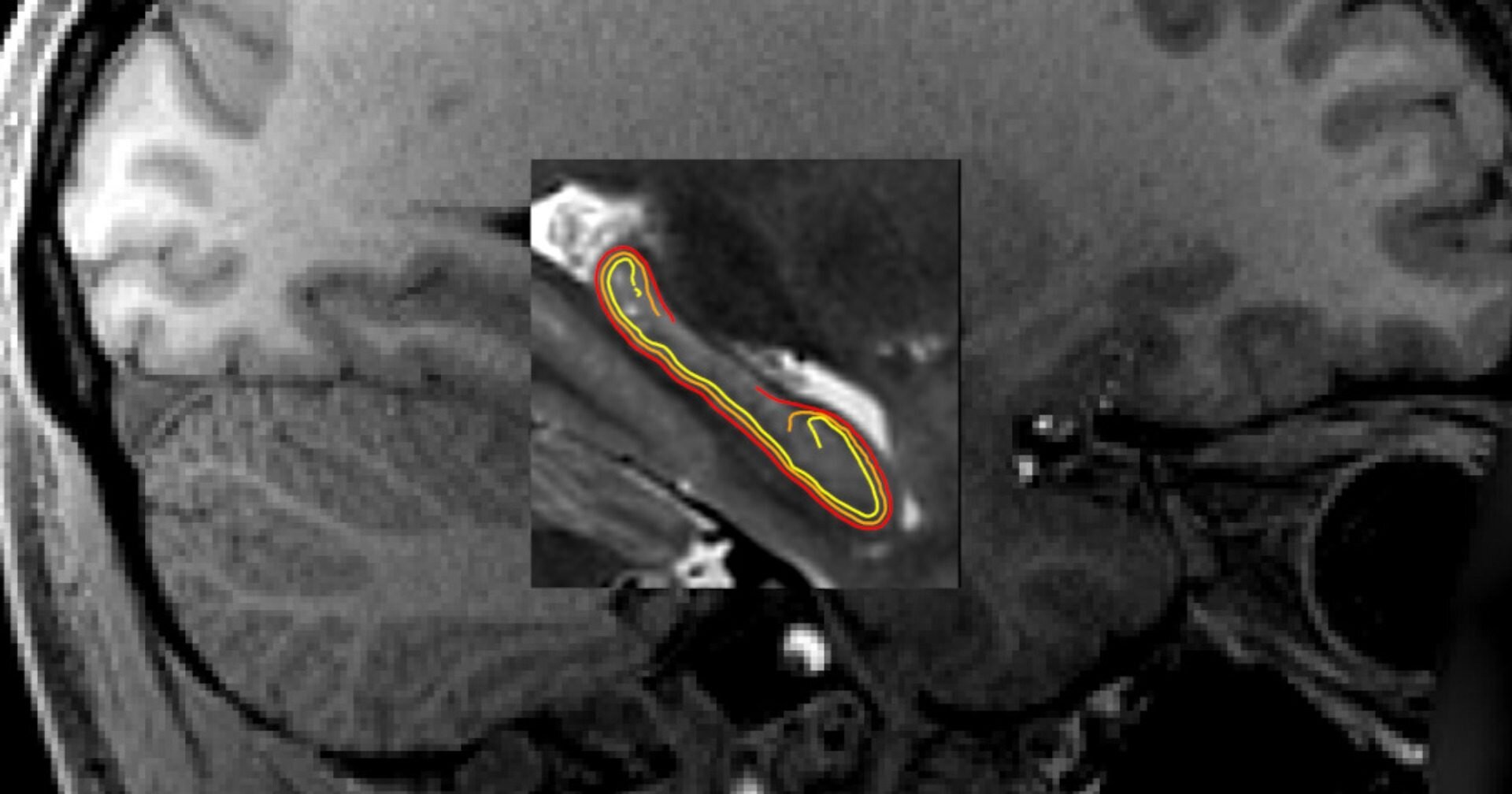 The hippocampus is a small, complex, folded brain structure that holds clues to several brain disorders. It is also one of the most difficult-to-map regions of the brain. After developing a successful technique to digitally unfold the hippocampus, researchers at the Western Institute for Neuroscience have now built a new app using artificial intelligence (AI) to precisely map the structure.

As part of a team led by Schulich School of Medicine & Dentistry professor Ali Khan, former Ph.D. student Jordan DeKraker has developed an open-source app, HippUnfold, which uses state-of-the-art AI to digitally unfold the hard-to-reach areas of the hippocampus.

A new paper, published in eLife, describes the web-based tool and the ways it provides a new precision approach for mapping out the hippocampus.

“The hippocampus is a part of the brain that helps us remember, and is also one of the first brain structures to be affected in neurodegenerative disorders such as Alzheimer’s disease.  It has been challenging to detect subtle abnormalities in the hippocampus with imaging because it is small and folded in layers,” said Khan, who is the Canada Research Chair in Computational Neuroimaging and director of the Khan Computational Imaging Lab at Robarts Research Institute.

“With this tool, researchers and clinicians can extract a wide range of accurate and precise measurements of the hippocampus using magnetic resonance images (MRI),” added Khan, who supervised DeKraker’s work.

The researchers are excited about the wide range of applications that are possible using this tool and the potential for significant clinical impact.

“We have been using this tool in our lab, but now we have structured it in a way that anyone, anywhere in the world, can download it on any system and use it,” said DeKraker. “Currently, HippUnfold is being used in labs in Canada, U.S., U.K. and Germany, among several others,” said DeKraker.

Ongoing work in these labs focuses on topics including epilepsy, Alzheimer’s disease, and major depressive disorder, which all have major impacts on the hippocampus that are otherwise hard to measure precisely. The new app could potentially be used in the future to detect these disorders earlier, or to help inform treatment plans.

Provided by
University of Western Ontario