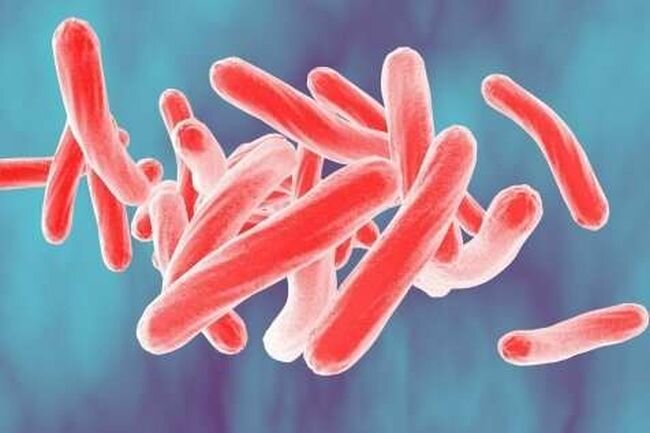 In developing countries, most antibiotic prescriptions are not only pointless—an estimated 70% to 80% of them are given for viral infections, which the medications don’t treat—they’re also harmful, as overuse of antibiotics accelerates antibiotic resistance.

A similar problem exists in the United States, where an estimated 30% to 50% of antibiotic prescriptions are given for viral infections.

Now, a new gene expression-based test developed by Stanford Medicine researchers and their colleagues could allow doctors around the world to quickly and accurately distinguish between bacterial and viral infections, thereby cutting down on antibiotic overuse. The test is based on how the patient’s immune system responds to an infection.

It is the first such diagnostic test validated in diverse global populations—accounting for a wider range of bacterial infections—and the only one to meet the accuracy targets set by the World Health Organization and the Foundation for Innovative New Diagnostics to address antibiotic resistance.

The new test is described in a paper published Dec. 20 in Cell Reports Medicine.

“Antimicrobial resistance is continuously rising, so there has been a lot of effort to reduce inappropriate antibiotic usage,” said Purvesh Khatri, Ph.D., associate professor of medicine and biomedical data science, and the senior author of the paper. “Accurately diagnosing whether a patient has a bacterial or viral infection is one of the biggest global health challenges.”

Existing methods include growing the pathogen in a petri dish, which takes several days, or polymerase chain reaction (PCR) testing, which requires knowing the specific pathogen to look for.

That’s why in many cases, “Doctors prescribe antibiotics empirically,” Khatri said. “They say, ‘We’re going to give you an antibiotic and if you get better, you had a bacterial infection. If you don’t, you have a viral infection, and we’ll stop the antibiotic.'”

The test is one of a new crop of diagnostic tests that look at the host response—that is, how the patient’s immune system is reacting—to identify the type of infection. They measure the expression of certain genes involved in the host’s immune response.

“The immune system has been doing this for millions of years, constantly learning what is bacteria, what is virus and how to respond to it,” Khatri said. “Instead of looking for the bug itself, we can ask the immune system.”

However, because these host-response tests have been designed using data from Western Europe and North America, they fail to account for the types of infections that are prevalent in low- and middle-income countries. In particular, they have trouble distinguishing the more subtle differences between intracellular bacterial infections and viral infections.

“Epidemiologically, bacterial infections in developed countries are usually from bacteria that replicate outside the human cell,” Khatri said. These extracellular bacteria include E. coli and those that cause strep throat. In developing countries, common bacterial infections like typhus and tuberculosis are caused by intracellular bacteria, which replicate inside human cells, as do viruses.

“The immune system has a different response based on whether it’s an extracellular or intracellular bacterial infection,” Khatri said. “The reason it gets tricky is because once the bacteria are inside the cell, the pathways overlap with the viral infection response.”

Current host-response tests can distinguish extracellular bacterial infections from viral infections with more than 80% accuracy, but they can identify only 40% to 70% of intracellular infections.

To develop a diagnostic test that can separate both types of bacterial infections from viral infections, Khatri’s team used publicly available gene expression data from 35 countries. These included 4,754 samples from people of various ages, sexes and races with known infections. The diversity of patients, infections and types of data is more representative of the real world, Khatri said.

Using machine learning and half of these samples, they identified eight genes that are expressed differently in bacterial versus viral infections. They validated their eight-gene test on the remaining samples and more than 300 new samples collected from Nepal and Laos.

They found that these eight genes could distinguish intracellular and extracellular bacterial infections from viral infections with high accuracy, achieving 90% sensitivity and 90% specificity. It is the first diagnostic test to meet (and exceed) the standards proposed by the World Health Organization and the Foundation for Innovative New Diagnostics.

“We’ve shown that this eight-gene signature has higher accuracy and more generalizability for distinguishing bacterial and viral infections, irrespective of whether they are intracellular or extracellular, whether a patient is in a developed or developing country, a man or a woman, an infant or an 80-year-old,” Khatri said.

He hopes the new diagnostic test can eventually be translated into a point-of-care test and adopted by doctors in both developed and developing countries, as it requires only a blood sample and can be performed in 30 to 45 minutes. His team has applied for a patent on the test.