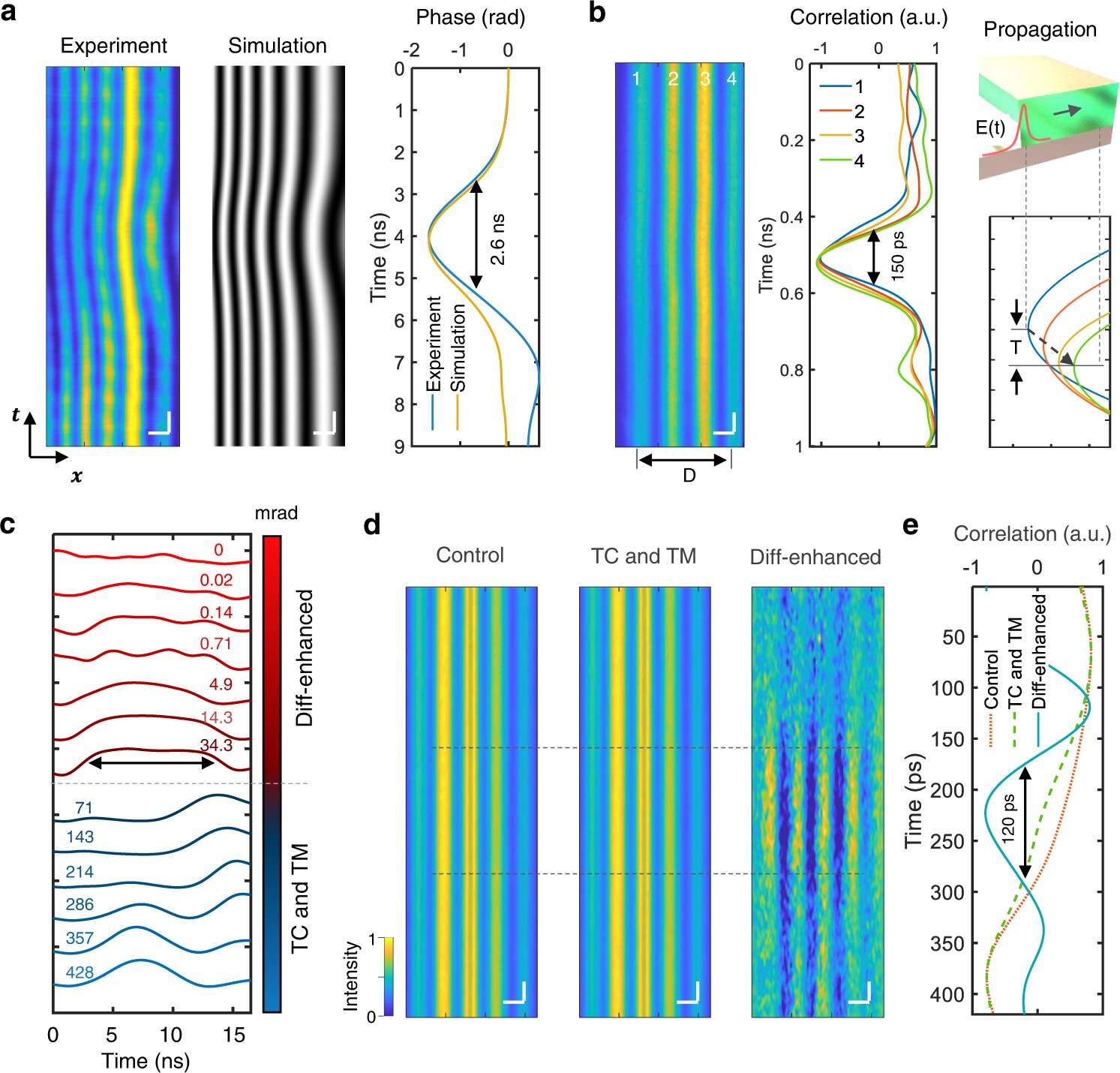 Reach out right now and touch anything around you. Whether it was a key on your keyboard, the wood of your desk, or the fur of your dog, you felt it the instant your finger contacted it. Or did you?

In actuality, it does take a bit of time for your brain to register the sensation from your fingertip, but it does still happen pretty darn fast, with the touch signal traveling through your nerves at over 100 miles per hour. Some nerve signals are even faster, approaching speeds of 300 miles per hour.

Now, scientists at Caltech have developed a new ultrafast camera that can record footage of these impulses as they travel through nerve cells. The camera can also capture video of other ultrafast phenomena, like the propagation of electromagnetic pulses in electronics.

Diff-CUP operates similarly to Wang’s other CUP systems, which have been shown capable of recording video at 70 trillion frames per second and capturing images of laser pulses as they travel at the speed of light.

Diff-CUP takes the same high-speed camera technology found in the other CUP systems and combines it with a device called a Mach–Zehnder interferometer. The interferometer images objects and materials by first splitting a beam of laser light in two, passing only one of the split beams through an object, and then recombining the beams.

Because light waves are affected by the objects they pass through, with different materials affecting them in varying ways, the beam passing through the material being imaged will have its waves set out of sync with the waves of the other beam. When the beams are recombined, the out-of-sync waves interfere with each other (hence “interferometer”) in patterns that reveal information about the object being imaged.

Though you cannot see an electrical pulse traveling through a nerve cell with your own eyes, or even a conventional light microscope, this type of interferometry can detect it. (Incidentally, this same basic technique is used by LIGO to detect gravitational waves.) So, the Mach–Zehnder interferometer allows the imaging of these pulses, and the CUP camera captures the images at incredibly high frame rates.

“Seeing nerve signals is fundamental to our scientific understanding but has not yet been achieved owing to the lack of speed and sensitivity provided by existing imaging methods,” Wang says.

Wang’s research team also captured photos of the propagation of electromagnetic pulses (EMP), which, in some materials, can travel at nearly the speed of light. In this case, they passed the electromagnetic pulses through a crystal of lithium niobate, a salt that has unique optical and electrical properties. Despite the extremely high speed at which an EMP passes through this material, the camera was able to clearly image it.

“Imaging propagating signals in peripheral nerves is the first step,” Wang says. “It’d be important to image live traffic in a central nervous system, which would shed light on how the brain works.”

The paper describing their findings, titled “Ultrafast and hypersensitive phase imaging of propagating internodal current flows in myelinated axons and electromagnetic pulses in dielectrics,” appeared in the journal Nature Communications on September 6.