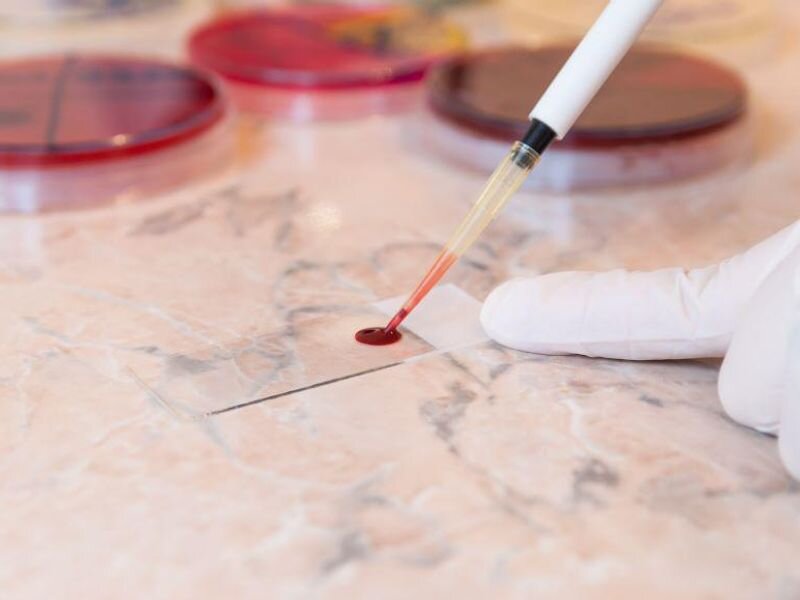 Researchers are reporting progress on a blood test that can detect multiple cancers in a relatively simpler, and potentially less pricey way than other tests under development.

The test picks up certain cancer signals in the blood using a fairly straightforward method: counting bits of DNA that appear to be “broken” in unexpected places.

In the new study, scientists found that the approach can distinguish people with any of 11 different types of cancer from people who are cancer-free. Not only that, it can do so using a relatively small blood sample, according to senior researcher Dr. Muhammed Murtaza, of the University of Wisconsin’s School of Medicine and Public Health, in Madison.

That’s relative to other blood tests under development for cancer screening, which typically require multiple tubes of blood.

“The biggest advantage of our approach would probably be in cost-effectiveness,” Murtaza said, although he added that it’s hard to make predictions on real-world costs.

The study, published Jan. 11 in the journal Science Translational Medicine, is among the latest in the broader push to develop blood tests that can serve as a one-stop screening for multiple cancers.

A number of companies are working on such “multi-cancer” early detection tests. Essentially, they are all based on the fact that tumors shed bits of genetic material in the blood. If a test can detect those tumor signals, that could provide a simple, noninvasive way to screen for various cancers—including ones that now lack any screening method.

Where the tests vary is in what, exactly, they are measuring, Murtaza explained.

He and his colleagues took the approach of analyzing DNA “fragmentation patterns.” Both tumor cells and healthy cells regularly release pieces of DNA into the blood. But because tumors express different genes than normal body cells do, they also differ in how those DNA bits break off.

The new test looks at the “end position” of DNA fragments in the blood, to see if the breaks happened in “unexpected places,” Murtaza said.

He described it as a “simple method” that allows for a smaller blood sample containing a limited supply of DNA (which, in the world of DNA, amounts to a minimum of 1 million fragments).

For the study, the researchers analyzed blood samples from 286 healthy people, 103 who had non-cancer medical conditions, and 994 people with one of 11 types of cancer. They ranged from breast and ovarian cancers to melanoma, to rarer cancers like bile duct tumors and the deadly brain cancer glioblastoma.

Overall, the researchers found, the test did a good job of pinpointing which blood samples came from cancer patients, including those who had early-stage cancer, which is important in a screening test.

The test had an “area-under-curve” (AUC) of 0.91 for cancer overall, and 0.87 for stage 1 cancer, according to the researchers. The AUC is a measure of test accuracy that ranges from 0 to 1: the closer it is to 1, the better.

More research is still needed, according to Murtaza. One of the next steps, he said, is to see how well the test performs in detecting a single cancer, rather than multiple ones—including pancreatic cancer, a deadly disease for which there is no screening test.

A researcher who was not involved in the study agreed that the approach “potentially has some advantages” over other blood tests under development.

Like Murtaza, he said the test is “not ready for prime time,” and more research is needed.

Specificity is critical, Polsky noted, because if it’s too low, the test will generate a lot of false-positive results that lead to unnecessary follow-up testing—and anxiety.

Some other blood tests for cancer screening are further along in development, including one called Galleri that screens for over 50 cancers with a single blood draw. It’s currently being put to the test in the Pathfinder 2 study, being run at multiple U.S. medical centers.

There are currently no multi-cancer early detection tests approved by the U.S. Food and Drug Administration.

The American Cancer Society has more on blood tests under study for cancer screening.