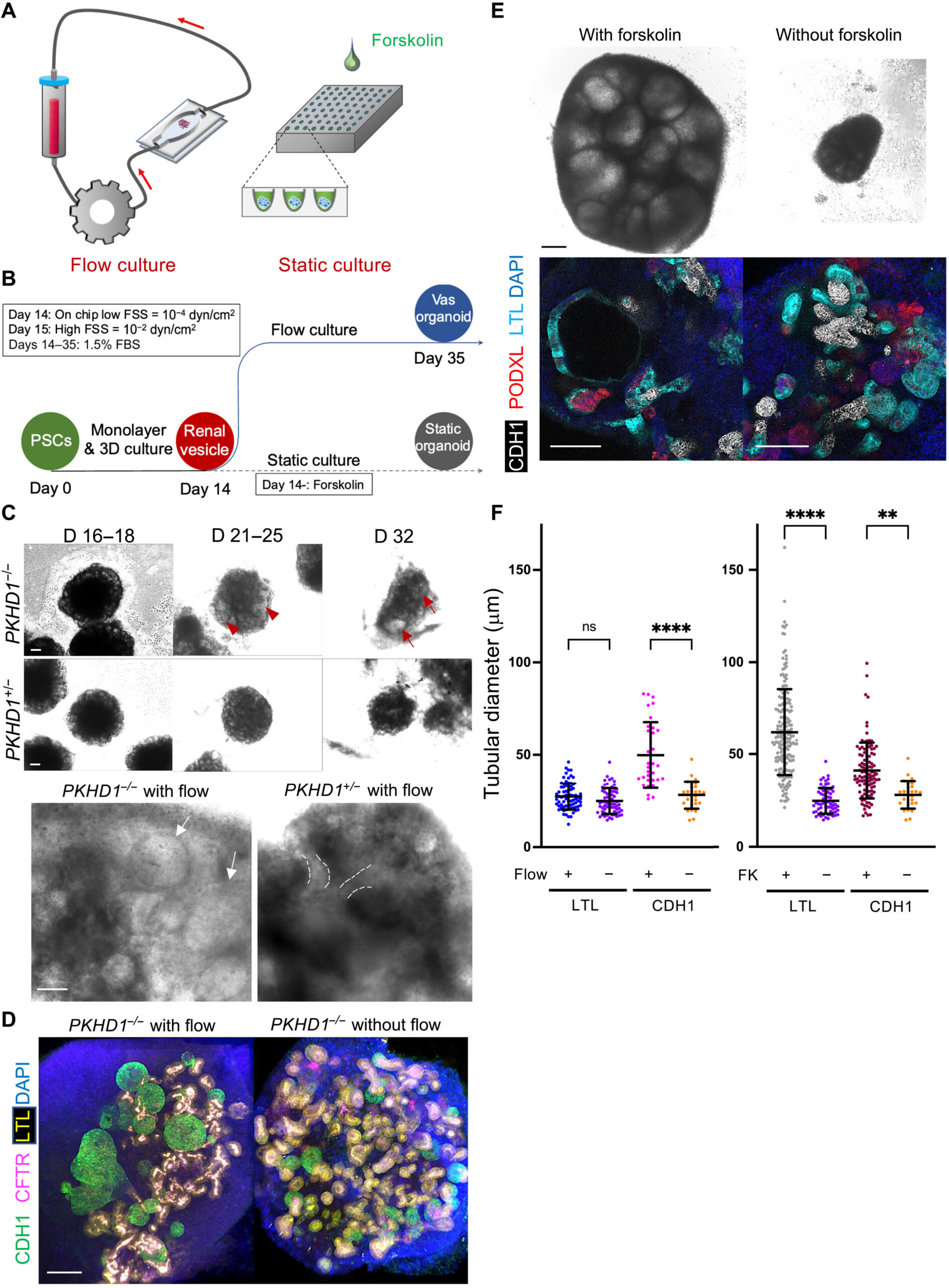 Organoids—lab grown cells or tissues that resemble organs—serve as a new tool for disease modeling, but researchers often have difficulty replicating the biophysical conditions in which the organs operate within the body.

This is especially true for modeling human diseases that require stimuli from cell microenvironments.

In a recent study in Science Advances, the team, which was led by Ken Hiratsuka, MD, Ph.D., and Ryuji Morizane, MD, Ph.D., reports using the new modeling system to identify two potential therapeutics for APRKD, which currently has no FDA-approved treatment.

APRKD is a disorder characterized by the formation of cysts in the kidneys, which enlarges the organs and causes the progressive loss of renal function. It has reported mortality rate as high as 30% in infancy. For those patients who survive, 41% will require a kidney transplant by the age of 11.

The causative gene for the disease is PKHD1, but previous attempts to model the disease in genetically modified mouse models have been unsuccessful. Researchers have been able to cultivate mutated PKHD1 cells in the lab. However, modeling the disease in a static 3D organoid does not work because it is caused by a mutation on the surface of the cells that is stimulated by urinary flow.

To overcome this challenge, the team used a 3D printer to create a perfusion chip that models the microenvironment of the cells within the kidney and allows liquid to flow through the organoids. By doing so the team identified two mechanosensing molecules (FOS and RAC1) that are potential therapeutic targets for the disease.

They also shed light on two important questions regarding the disease mechanisms of ARPKD:

The team also tested two FDA-approved drugs (R-Naproxen and R-Ketorolact) that inhibit RAC-1 and one investigational new drug that inhibits FOS (T-5224), which were all shown to have therapeutic effects in these models.

Clinical trials will now be needed to investigate these therapeutics in patients with ARPKD. The success of the organoid modeling system in replicating the disease could also help researchers identify more potential treatment targets.

“In this study, we showed that our kidney organoids on a chip platform provides a physiologically relevant model for ARPKD, allowing the identification of mechanosensing signals as key drivers of cystogenesis,” says Morizane, an investigator in the Division of Neurology at Mass General and Assistant Professor of Medicine at Harvard Medical School.

“In validation of our findings, FDA-approved NSAIDS that inhibit RAC1 as well as a clinically tested inhibitor of FOS are shown to have therapeutic effects in our model. Our observations highlight the vast potential of organoid-on-a-chip models to elucidate complex disease mechanisms for therapeutic testing and discovery.”