Refugee teens in Uganda who ‘sext’ more likely to use condoms, studies find 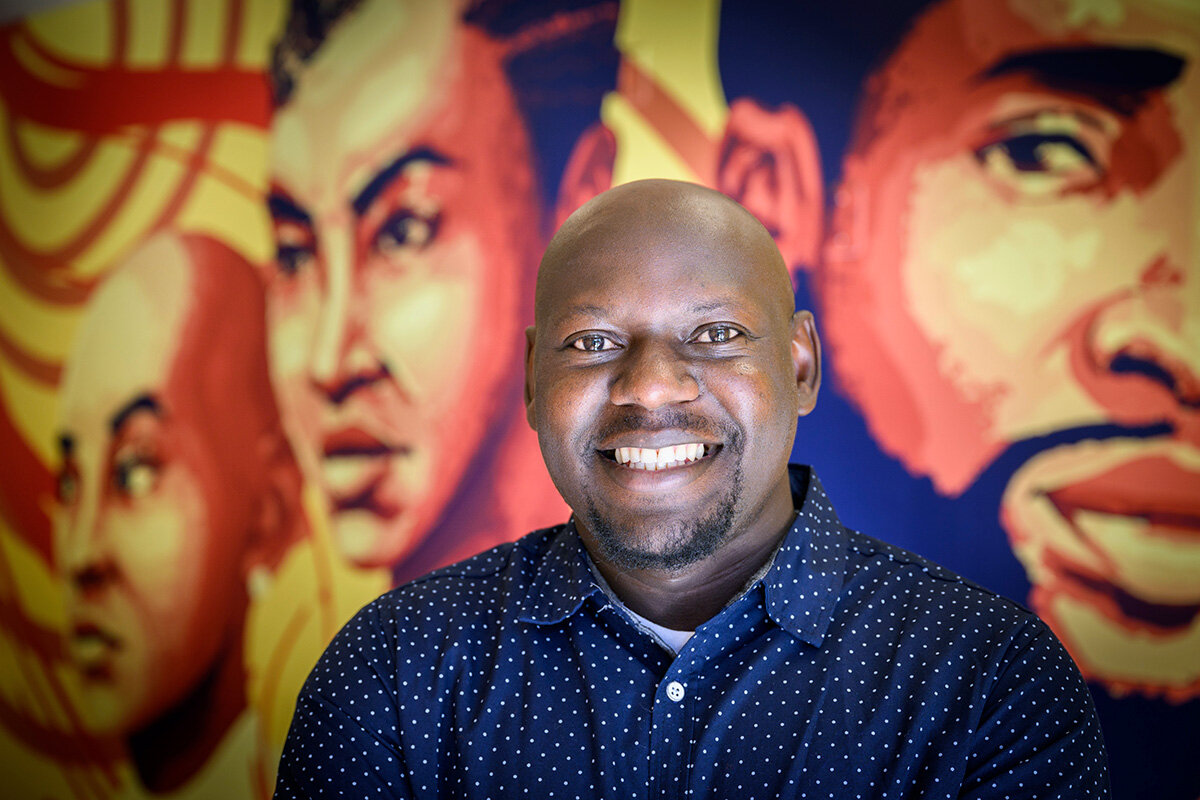 The researchers are exploring whether the digital platforms these teens use for sexting might also serve as effective delivery systems for educational messaging about condom use and interventions on gendered sexual coercion—situations in which one person uses verbal pressure or physical means to manipulate another person into sexual activity, including sexting.

Moses Okumu, a professor of social work at the University of Illinois Urbana-Champaign, is the first author of two exploratory studies that examined links between sexting and sexual health practices among refugee youths living in the slums of Kampala, Uganda’s capital city.

The sample for both studies included 242 teens aged 16–19, a population at high risk of HIV and other sexually transmitted infections, according to the researchers. About 60% of these displaced teens had mobile phones, and 15% of the cellphone owners reported having sent and/or received nude photos and sexually explicit text messages, Okumu said.

“Refugee teens are like teens anywhere—many are sexually active, have mobile phones and are exploring their sexuality through sexting,” Okumu said. “To promote sexual health equity, especially for young people, we need to go where they’re at, use the tools that they’re using and take more of a sex-positive approach—one that strives for ideal experiences and making informed choices—rather than a risk angle.

“That way, we’ll be able to promote their well-being, especially in contexts where HIV and sexually transmitted infections are extremely high, such as eastern and southern Africa,” he said.

Community partners trained peer research assistants—teens who self-identified as refugees or displaced persons—to recruit participants and administer a survey on a tablet computer. The teens were asked if and how often they received or sent sexually explicit messages or photos; their sexual health practices, including access to and use of condoms and their confidence in using them effectively; and their beliefs about traditional gender roles and norms.

Nearly 85% of the study sample were non-sexters who indicated they had never sent or received word- or image-based sexts. A second group of teens, called poly-sexters in the study, had both sent and received explicit text messages and nude pictures. These teens composed 9.9% of the study participants. Males were significantly more likely to be poly-sexters than females.

A third group, called moderate sexters, had received sexually explicit photos or text messages but responded with words only. This group, which represented 5.4% of the study participants, received the most sexting messages. Females were more likely to belong to this group than males, the researchers found.

Okumu and his team hypothesized that many of these females in the moderate group may have been reluctant participants whose partners—most often males—coerced them into sexting.

The poly-sexters—who were mostly males—were more likely to endorse inequitable gender beliefs such as expectations that males should be dominant and females passive in relationships, the researchers found.

“Sexting is becoming a crucial platform for understanding and intervening in gendered sexual coercion,” Okumu said. “In societies such as these where adolescents are socialized to adhere to inequitable gender norms, adolescent Females may be motivated to participate in sexting because they are coerced.”

However, the researchers said sexting was associated with some positive outcomes, such as safer sexual practices. Sexters were twice as likely as non-sexters—65% compared with 32%, respectively—to know how to access condoms. And a greater proportion of sexters (29%) reported that they or their sexual partners had used condoms at any time during the prior three months compared with non-sexters (10%), Okumu’s group found.

Poly-sexters and moderate sexters rated themselves higher on condom self-efficacy—their confidence in their abilities to use condoms correctly and with little or no embarrassment. Males scored significantly higher on condom self-efficacy than females. “Digital health interventions for displaced teens who sext should include training on sexual self-esteem, assertiveness, communication and sexual health knowledge,” Okumu said.

“Given that our findings show that young people could use sexting to engage in explicit and private discussions of sexual topics (e.g., condom efficacy and use), equipping them with the skills to perform sexual communication if, when and how they choose seems to be a promising strategy for empowering them to make informed, healthy decisions related to sexual activity.”

While the findings were promising, Okumu said, they should be interpreted with caution because the sample sizes were small. More research is needed to determine the most efficacious messaging and intervention delivery systems for these young people.

The studies were published in the journals AIDS and Behavior and Computers in Human Behavior.

Moses Okumu et al, Exploring the Protective Value of Using Sexting for Condom Negotiation on Condom use Determinants and Practices Among Forcibly Displaced Adolescents in the Slums of Kampala, Uganda, AIDS and Behavior (2022). DOI: 10.1007/s10461-022-03677-7

Provided by
University of Illinois at Urbana-Champaign