Postbiotics could deliver immunity boost in your morning coffee 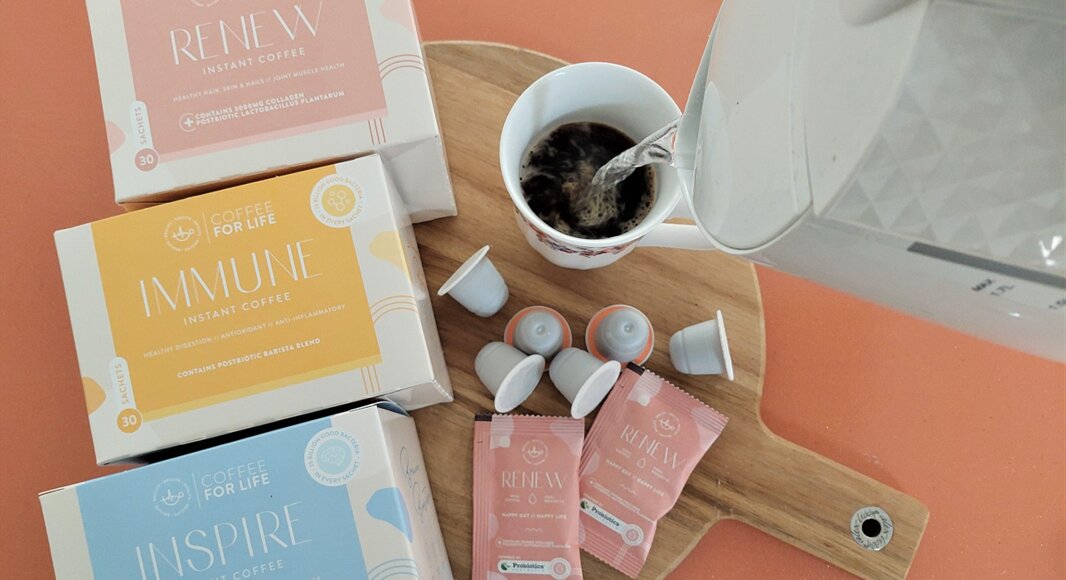 Your morning coffee could now give an added immunity boost, thanks to postbiotics and Griffith University and CSIRO researchers.

Coffee Roasters Australia founder Alana Beattie is behind the innovation and hopes to see coffee lovers replace one of their daily cups with a healthier alternative, without having to compromise on quality or taste.

“When I got into the coffee industry, I really wanted to develop coffee that was good for you,” Ms. Beattie said.

“My background is in pharmaceuticals, so I’ve developed this love of functional food—of bringing food and pharmacy together.

“We started this project years ago, with the biggest challenge being that probiotics die in heat. We originally tried protecting probiotics with different oils and different substances and just had so many fails. I wanted to give up many, many times.

“When Probiotics Australia started working on this new technology, now known as postbiotics, a new door opened for us.”

Alana knew she had a great product in the works, but was ridiculed by online trolls when she initially launched.

“Nobody believed me! Even though we had the lab tests—there wasn’t much supporting data around this postbiotic space.”

After reaching out to some contacts for help, Alana met with CSIRO Innovations Connections Facilitator Mitch McGuire, who connected her with immunology and infectious diseases researchers Dr. Amanda Cox and Dr. Nicholas West at Griffith University.

“For this particular project, the researchers at Griffith University were the perfect match, as they have the expertise in the gut microbiome, the role of gut microbiota and microbial manipulation in chronic disease. Most importantly, they have an impressive research track-record working to understand better the role of probiotics in the interaction between the gut microbiome and the immune system in disease,” Mr. McGuire said.

Griffith University Senior Lecturer of Immunology Amanda Cox said that while probiotics have a range of established benefits and uses, postbiotics had yet to be proven.

“Having access to a collection of biobanked human immune cells at Griffith University allowed us to test the postbiotics against a series of samples.

“We used the postbiotic blend developed by Coffee Roasters Australia and completed some independent exposure tests to investigate their ability to activate isolated human immune cells in the lab, and effectively how well they “switched on” the immune system.

Dr. Cox also explains how unlike probiotics, postbiotics do not need to be kept refrigerated.

“Postbiotics are not impacted by heat in the same way as the live bacteria in probiotics,” she said.

“The heat of a coffee would normally kill live bacteria, but using a postbiotic, this issue is removed.

“In fact, heat treatment can be a common step in postbiotic production. Even following heat treatment, postbiotics will still contain bacterial cell components and by-products to interact with host immune cells.”

Perhaps the most important question though: Does the addition affect the taste of the coffee?

“It doesn’t,” Alana says. “The collagen one contains 96% pure collagen which is flavorless. If anything, there is just a bit of a richer taste on that one, but with the immune one, you can’t taste a difference at all.”