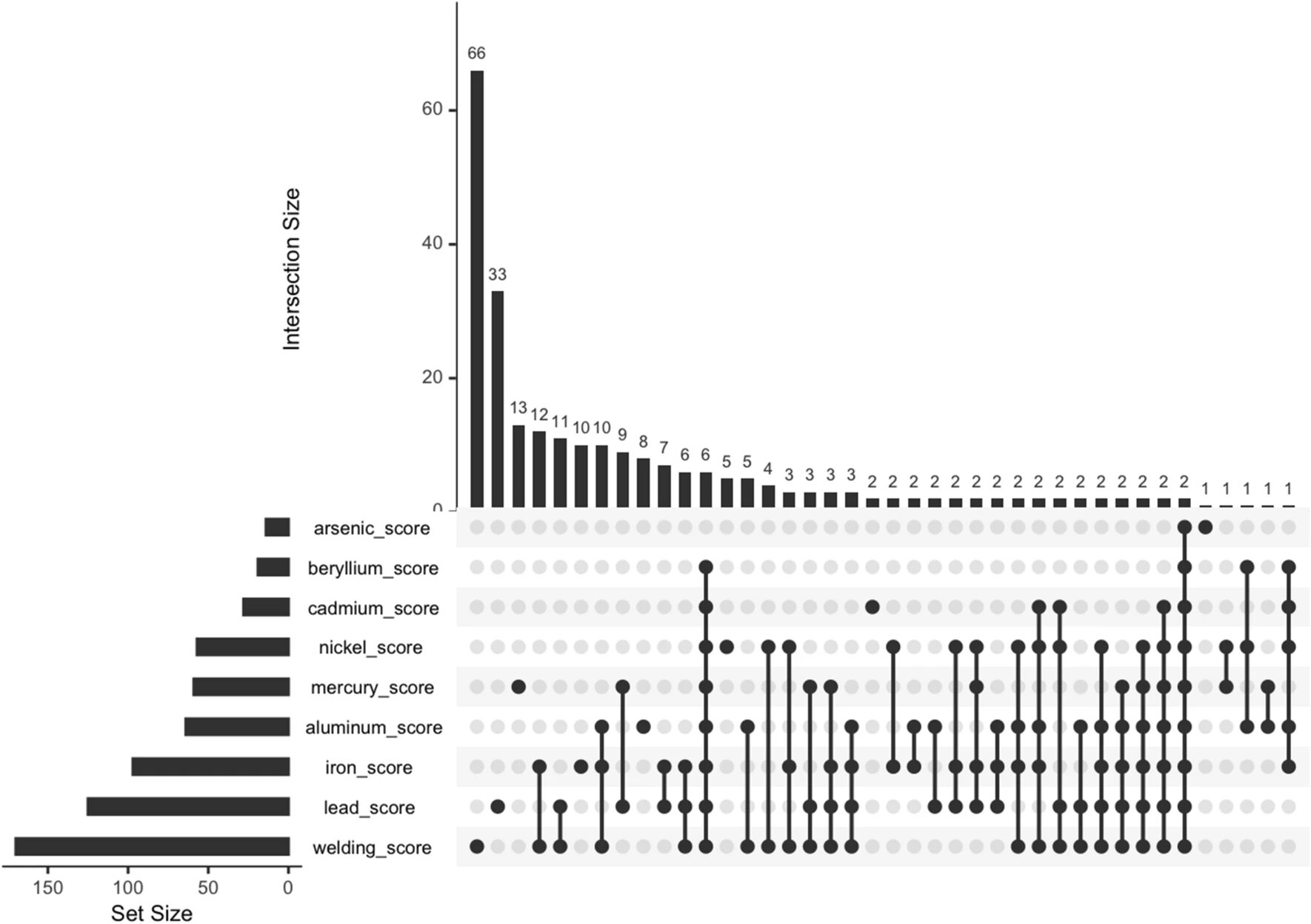 In the 150 years since ALS, or amyotrophic lateral sclerosis, first came to scientific light, there remains no cure for the progressive, fatal neurodegenerative condition. But more research continues to uncover environmental contaminants’ insidious role in disease development.

Pesticides and carcinogenic compounds have been found at elevated levels in the blood of patients with ALS, which is also known as Lou Gehrig’s disease. And one study works backwards, finding that those working in “production”—fields such as manufacturing, welding and chemical operation—who are exposed to hazardous chemicals on the job, may have increased risk of developing ALS.

A research team at Michigan Medicine surveyed 381 patients with ALS and 272 control participants to analyze self-reported occupational exposures from their four most recent and longest-held jobs. They found that ALS participants reported higher occupational exposure to metals, particulate matter, volatile organic compounds and combustion pollutants prior to diagnosis. In addition, those working in production occupations had a higher risk of ALS. Results are published in Interventional Archives of Occupational and Environmental Health.

“We have known for some time that certain pollutants can increase ALS risk, but identifying where these exposures are occurring is important as we begin to think about strategies for ALS prevention and studying populations of individuals at high disease risk.”

Investigators used a combined approach of patient self-reported occupational exposures and job histories, which were evaluated by exposure scientists. Exposure to metals was most strongly linked to ALS, with iron and welding fume exposure among the most common.

Researchers say this is unsurprising as people in jobs with higher metal exposure, particularly in manufacturing and trade industries, are often exposed to mixtures that may also contain particulate matter, like silica, and volatile organic compounds, such as formaldehyde.

“Some of these workers who later developed ALS may have been exposed to mixtures of metals and other chemicals without their knowledge,” Goutman said. “This should lead our research to investigate these mixtures and the resulting injuries to the central nervous system, or what we refer to as the ALS exposome.”

It is estimated that almost 10 in 100,000 Americans have ALS, according to the Centers for Disease Control and Prevention. The Midwest has the highest rate of the condition, which often begins with muscle weakness, slurred speech or difficulty swallowing.

The FDA has approved two medications to treat ALS, riluzole and edaravone, both of which have shown minimal effectiveness at slowing disease progression. Patients can also receive non-invasive ventilation, a therapy involving a mask worn over the nose to make breathing easier.

“I have spent my 30-year career on evaluating and treating individuals living with ALS,” said senior author Eva Feldman, M.D., Ph.D., director of the ALS Center of Excellence at U-M and James W. Albers Distinguished Professor of Neurology at U-M Medical School.

“ALS remains a disease without an effective treatment. Studies such as ours are critical in identifying modifiable disease factors and populations at risk so that we can prevent ALS from occurring in the first place.”